Completing The Story Of Bayazid Bustami

Here we show about The Story Of Bayazid Bustami. It is the great story of the history. This story is needed for class JSC, SSC & HSC.

A long time ago there was a young boy named Bayazid Bustami. He was born in Persia, an ancient land of plains, mountains and poetry.

Being the only son of a poor, widowed mother, he was the light of her eyes and she rested all her hopes for the future on him. She dedicated her life to giving him the best she could, but because she was poor, she couldn’t afford much.

As the small boy grew older, she scraped together what money she could and sent him to the local school where he could learn to read and write. While he was there, he would study the Qur’an, Shar’iah, math, Arabic and poetry. He turned out to be an excellent student and he learned quickly.

One day, while he was reading the Qur’an he came across an ayah in which Allah said, “Be thankful to Me and be thankful to your parents.”

Hazrat Bayazid read this ayah a second time and then thought about what it meant. He closed the book and immediately ran back to his mother.

Now because he came home early from school, his mother became worried. She asked him, “What’s wrong, my son? Did you run away from school? Is there something that happened?”

“No, mother,” Hazrat Bayazid answered. “I read an ayah from the Holy Qur’an today that said we have to be thankful to Allah and to our parents. This made me a little worried. I’m not real strong so how can I serve two masters? Mother, either keep me in your service or give me up in the service of Allah.”

His mother paused for a second and smiled. Then she immediately grasped his hands in hers and said, “My son, I dedicate you to the service of Allah. To me, if you serve Allah you’re serving me, too.”

Hazrat Bayazid smiled and returned to school with a new heart for his studies and a new attitude. Everyone noticed the change in him, and his teachers marveled over how he seemed to pour himself into his studies from that day forward.

He began to come to school early to read and left long after all the other students had gone. When his teacher asked him what happened, why he had become so motivated to study and learn, Hazrat Bayazid explained how his mother had released him to serve only Allah. The teacher smiled and hugged the boy firmly.

In time, after he had become a young man, Hazrat Bayazid went out on the road in search of more advanced learning. He travelled all over the Muslim world and attended different colleges and studied with different teachers. He earned many degrees along the way.

After a few more years he settled in the city of Baghdad, which at that time was the most important city in the Muslim world.

He taught in a small school and went to college at night and never left his desire to master everything he could to be a truly thankful servant of Allah.

One late night he was on his way home when he encountered a rowdy band of drunks on the street. One of them had a guitar and was playing it in a sloppy, annoying way. Hazrat Bayazid wanted to avoid them but they were harassing everyone who passed by. As Hazrat Bayazid walked by them, the leader of the bunch started insulting him in a very nasty way, calling him names and taunting him.

Hazrat Bayazid told the man to stop his foolish talk but this made the drunken man even more angry.

The drunk picked up his guitar, lifted it high over his head and then brought it down, smashing it over Hazrat Bayazid’s head. The guitar shattered into a dozen pieces and blood streamed down Hazrat Bayazid’s blessed forehead. The rest of the drunks paused for a minute and then started yelling and laughing again.

Hazrat Bayazid didn’t say a word and went home in silence, wiping the blood off his head with a handkerchief.

The next day, Hazrat Bayazid gave a basket of candy and a few dollars to his servant and directed him to go to the leader of the drunks and tell him the following words:

“Last night my head was responsible for breaking your guitar. Please buy a new one with this money. And also I found that your tongue was very sour last night. Please remove the sourness of your tongue by eating these sweet candies.”

When the drunken man received the gifts, he was so filled with shame and repentance that he brought his entire rowdy group to Bayazid and begged for forgiveness. He gave up drinking and became a righteous Muslim from that moment onward.

After a few more years in Baghdad, Hazrat Bayazid again took to the road and travelled in many lands where the people were not yet Muslims. He traveled all over India and brought thousands of people to Islam. News of his spiritual insight and wisdom reached far and wide.

Years passed and when he was a middle-aged man, Hazrat Bayazid received a note from his first teacher, his teacher from the school when he was a boy. It said, “Come to me.”

So Hazrat Bayazid immediately sold everything he had in India and began the long journey back home to Persia. Along the way, huge crowds of people gathered in every town and village he passed through. Everyone wanted to get a glimpse of the famous scholar they had heard so much about.

Then, after a month of traveling, Hazrat Bayazid finally reached the small village school where he had first learned to love knowledge.

His teacher, who was very old by now, told Hazrat Bayazid to sit down in front of him. He paused a moment and then he said, “Hazrat Bayazid, you have fulfilled your promise to Allah. Now go and serve your mother.”

When he heard his mother being mentioned, a rush of feelings overwhelmed his heart and he was filled with an unstoppable desire to see her again.

But he knew a huge crowd was gathering in the centre of town in anticipation of seeing him, put on a dark robe with a hood and waited until night had fallen. Then he snuck out of the teacher’s house through a back door and made his way to his mother’s cottage.

Before he could knock on the door, he heard her praying inside. She was saying, “Merciful Allah. I have dedicated my son to your path. It is for you to love him and for You to take care of him.”

Hazrat Bayazid couldn’t hold his sorrow in a moment longer. He burst out in uncontrollable tears and sobbing.

His mother heard someone crying outside the door and she called out, “Have you come back, my son?”

Hazrat Bayazid replied in a choked voice, “Yes, mother, I have returned. Please, open the door and see your son again.”

The door was opened after a moment and Hazrat Bayazid threw himself at his mother’s feet and cried. She carefully bent down and pulled him up while passing her hands over his head and face. She then said, “I’ve wished for nothing more than to see your face again, my son, but, alas, you have come too late. For I can see no more.”

His mother had become blind. She would never again be able to look upon the face of her long lost son, the one she gave to Allah so many years before. From that moment forward, Hazrat Bayazid vowed to be thankful to his mother for the rest of his life and for as long as she lived, he never left her side.

Personally, when I read this story, a tear trickled from my eyes. What a heart touching story Subhan’Allah.

Completing The Story Of Bayazid Bustami

Bayazid’s Love for his Mother

Once upon a time, there lived a good boy named Bayazid. His mother was sick. One night he was studying by the side of the bed of his mother.

All of a sudden, his mother woke up and raised her head told her son to give her a glass of water. Bayazid went to the kitchen to bring water. But he found the jar empty.

He searched for water everywhere, but in vain. Then he decided to fetch water from the nearby fountain as soon as possible. He took the jar and went to the fountain for water.

He came back home fully filling the pitcher to the brim. He poured water into the glass and came to his mother to give him water. He found that his mother was asleep again.

He did not want to disturb his ailing mother. So he remained standing beside his mother’s bed.

His mother awoke in the morning and found her son standing beside her bed with a glass of water. She embraced her son with deep love and prayed to Allah for her son.

Completing Story: Devotion of Bayazid to His Mother 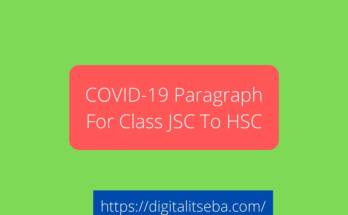 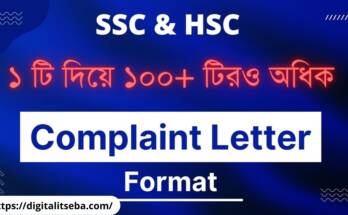